This article is part of the BorderConnect Software User Guide.
How to create an ACI shipment in BorderConnect. 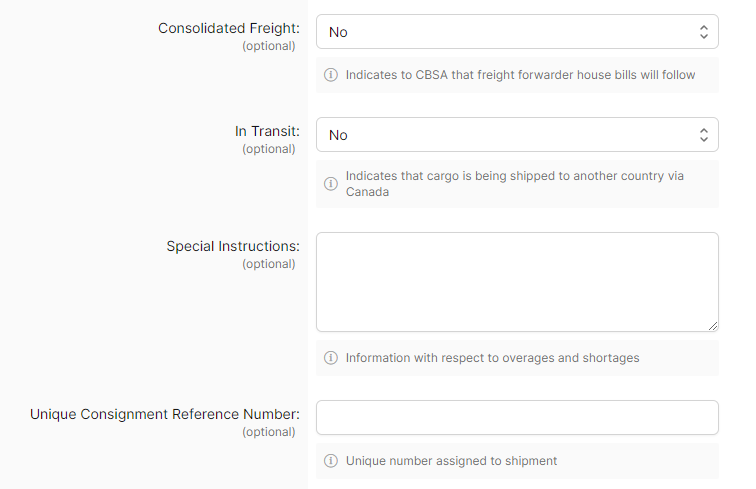 A list of uncommon data elements found on the Start New ACI eManifest page.
Uncommon data elements can be found on the Start New ACI Shipment page. It allows the user to enter additional shipment details that are not usually common on most ACI shipments, such as a Consolidated Freight Indicator, a Unique Consignment Reference Number, an In-Transit Indicator as well as entering any Special Instructions for the ACI shipment. The Uncommon Data Elements are hidden by default. To reveal the Uncommon Data Element fields, click the Show All Fields on the top right of the page.

How to reveal uncommon data elements

Once the uncommon data elements are revealed, the user will have additional ACI shipment details.

Special Instructions
Optional field, should only be completed to provide special instructions for CBSA processing. e.g. overages and shortages. Otherwise should be left blank.