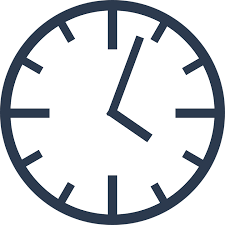 Carnets are used for temporary imports
ATA Carnet is an international customs document that allows for the temporary importation of goods into a country. Because it is accepted in both Canada and the United States, it can act as a both a Canadian and U.S. Shipment Type for goods to clear through both CBSA on an ACI eManifest and CBP with an ACE Manifest.

Carnets are typically used for commercial samples, professional equipment and goods for use at exhibitions and fairs. To qualify for a Carnet the goods must not be consumable items such as agricultural products. Goods may be imported under Carnet for a period of up to one year depending on the validity period specified.

The Carnet should be obtained by the party temporarily importing the goods. The importer should inform the carrier that this is the shipment type being used, and provide them with the Carnet document, as the driver will need to present this at the border.

Carnet Shipments are required to be reported on an ACI eManifest.[1] To report an ATA Carnet the carrier will need to create an ACI Shipment designated as non-CSA (or "ATA Carnet" if using BorderConnect's ACI eManifest software), and ensure that the shipment is transmitted as part of their ACI eManifest.

Although an ATA Carnet Shipment is different from a PARS shipment, the carrier will still need to provide a unique Cargo Control Number, as well as all other information normally required for an ACI Shipment including Shipper, Consignee and Commodity information.

At the border, the driver must also present the Carnet document as well as a completed paper A8A to the officer.

In ACE eManifest there is presently no functionality to declare a Carnet Shipment.[2] As such, highway carriers can simply leave the Carnet Shipment off when preparing their manifest, and have the driver verbally declare the shipment and present the Carnet document to the officer. If there are no other shipments on the truck, it is recommended that the carrier still prepare an empty truck manifest so that prior notice requirements are still met.