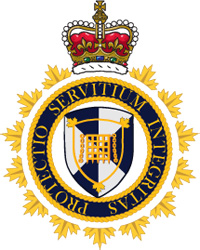 The Canada Border Services Agency (CBSA) is the federal law enforcement agency responsible for customs services in Canada. As such, all individuals and all goods entering Canada must be authorized to do so by CBSA at the first point of entry. Being familiar with CBSA regulations and procedures is a must for highway carriers crossing the border, as non-compliance can result in delays, penalties, seizures, and refused entry.

Carrier Code
Highway carriers entering Canada are required to be registered with CBSA by obtaining a Carrier Code. This is used to identify the carrier in all CBSA programs, and so acts as a prerequisite to satisfying all other requirements to crossing the border.

Customs Clearance
In order for goods to be allowed to enter Canada, they must either be customs cleared or authorized to move in bond. Customs clearance will usually require a formal entry under the PARS process, but a variety of other shipment clearance types exist for exceptions. Moving goods In bond also requires a formal process.

RNS
RNS, which stands for Release Notification System, is not technically a requirement for highway carriers, but it is highly recommended as a means of verifying whether Customs clearance has taken place prior to arrival in Canada. RNS affords many advantages by offering carriers a complete overview of the activity on their carrier code as reported directly by CBSA.

ACI eManifest
Beginning Fall 2013, all highway carriers will be required to transmit ACI eManifest data to CBSA at least one hour prior to arriving in Canada. Carriers must apply to use ACI through a service provider, such as BorderConnect, or through the CBSA eManifest Portal.

PIP
PIP, which stands for Partners in Protection, is a program in which member carriers and importers agree to implement high security standards in exchange for being recognized by the CBSA as low risk. PIP membership is a prerequisite for participation in FAST.

FAST
FAST, which stands for Free and Secure Trade, is a joint initiative between CBSA and CBP designed to enhance border security while speeding up the processing of low risk shipments. A carrier is considered FAST-approved for Canada only if they are both a PIP and CSA participant.

Cargo (aka Shipment)
Portion of an eManifest which specifies shipper, consignee, and commodity information. One manifest may include several cargos if multiple stops are involved. A cargo can be a PARS or numerous other shipment types.

Cargo Control Number
A number that uniquely identifies a shipment to CBSA. Consists of a carrier's CBSA-assigned Carrier Code, followed by a unique reference number assigned by the carrier. Must not be identical to a Trip Number (aka Conveyance Reference Number). For PARS shipments the Cargo Control Number is the PARS Number.

City of Acceptance
City in which the goods are first taken over by the carrier.

City of Loading
City in which the goods are loaded onto the means of transportation being used for their carriage to Canada.

Commodity Description
Plain language description of the cargo sufficient to identify it for customs purposes. For example: “computer” is acceptable but “electronics” or “various” are not. Freight of all kinds (FAK), shipper load and count (SLC) are not acceptable description unless the shipment is consolidated.

Commodity Quantity
Count of total number of packages for the shipment.

Commodity Weight
Total gross weight of the goods for the shipment.

Consignee
Party to which the cargo/goods are being "shipped to" as shown on the bill of lading/shipping document.

Consolidated Freight Indicator
Specifies whether or not the shipment is consolidated, which for CBSA purposes would mean a number of separate shipments grouped together by a consolidator or freight forwarder and shipped under one cargo control document, in which case CBSA would expect deconsolidated details on house bills after the shipment has moved in bond.

Conveyance (aka Trip)
Portion of an eManifest which specifies which truck and trailer will arrive in Canada, as well as a complete list of all Cargos (Shipments) aboard. Carriers should only submit one conveyance for each time a truck crosses the border, making sure that it accounts for all freight.

Conveyance Reference Number (aka Trip Number)
Unique reference number given by the carrier to a manifest. Consists of a carrier's CBSA-assigned Carrier Code, followed by a unique number assigned by the carrier. Must not be identical to a PARS number or other Cargo Control Number.

Delivery Address
The address to which the goods are physically delivered, if different from the consignee.

eManifest
Electronic document used by CBSA to risk assess commercial goods bound for Canada based on information provided ahead of time by the carrier.

First Canadian Port of Entry
Also known as First Port of Arrival (FPOA). CBSA port where the conveyance, goods, and/or persons are expected to arrive in Canada. All goods not moving in bond must obtain release at the FPOA.

Notify Party
Party to be notified.

Release Office
CBSA port where the goods are expected to obtain customs release.

Shipment (aka Cargo)
Portion of an eManifest which specifies shipper, consignee, and commodity information. One manifest may include several shipments if multiple stops are involved. A shipment can be a PARS or numerous other shipment types.

Shipper
Party shipping the goods as stipulated on the bill of lading/shipping document.

Sub Location/Warehouse
Code indicating the specific location that in bond shipments will be moved to.

Trip Number (aka Conveyance Reference Number)
Unique reference number given by the carrier to a manifest. Consists of a carrier's CBSA-assigned Carrier Code, followed by a unique number assigned by the carrier. Must not be identical to a PARS number or other Cargo Control Number.

Trip (aka Conveyance)
Portion of an eManifest which specifies which truck and trailer will arrive in Canada, as well as a complete list of all Shipments (Cargos) aboard. Carriers should only submit one trip for each time a truck crosses the border, making sure that it accounts for all freight.

A8A (aka Cargo Control Document or CCD)
CBSA form required as part of the In bond process. The A8A is also required under ACI for shipments clearing under E29B, Carnet, Orders In Council and Personal Goods transported by highway carriers.

Carrier
Owner or person in charge of a conveyance that is engaged in international commercial transportation of specified goods.

Customs Broker
Agent authorized to transact business with CBSA on behalf on the importer of goods. The customs broker prepares formal entries which allow the goods to enter Canada, as well as accounting documents to handle any duties and taxes payable.

Importer of Record
Party importing commercial goods into Canada. The importer is ultimately responsible for securing the release of the goods and the payment of duties and taxes, usually through the hiring of a customs broker.

In Bond
Goods that are authorized by CBSA to move inland into Canada but have not been released are moving in bond. In the case of goods that will be imported permanently into Canada this would involve moving to a bonded warehouse to await customs release.

PARS
Pre-Arrival Review System. Clearance option that involves having a formal entry for the clearance of commercial goods accepted by CBSA prior to the arrival of the goods in Canada. The entry is then updated when the carrier arrives at the border by scanning a unique barcoded number provided by the carrier, or, more recently, by accessing it via the carrier's ACI eManifest. PARS is the default process for bringing commercial goods into Canada by truck and is mandatory unless otherwise exempt.

Release
Commercial goods that have met their import requirements for Canada, passed or been waived from CBSA examination, and have been authorized to move beyond CBSA control are said to be released.

RMD
Release on Minimum Documentation. Service option that allows for the release of commercial goods already in Canada. Most commonly used to release goods that have entered a bonded warehouse, it is also used for goods at the border when there is an exemption to mandatory PARS clearance.