To qualify the goods must have an estimated value of less than 2500 CAD and must not be prohibited, controlled or regulated. The goods must also be transported by an approved courier registered under the CBSA Courier LVS Program. 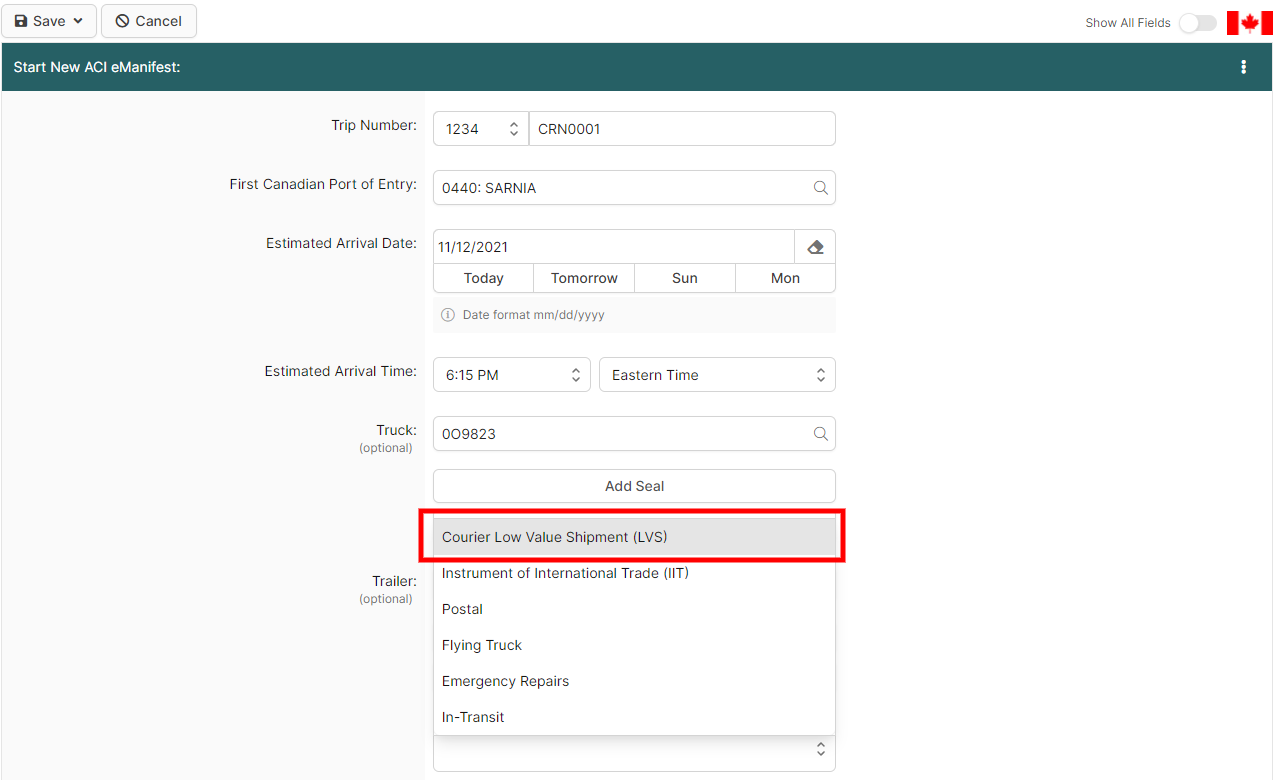 If the LVS Shipment is the only thing being transported, the carrier can transmit the ACI eManifest with only the trip (conveyance) portion, and no ACI Shipments attached. Otherwise, the other shipments can be added and the manifest can be transmitted normally. At the border the driver will require the LVS Consist paperwork in addition to the ACI eManifest lead sheet.