This article is part of the BorderConnect Shipment Type Guide.
How to create IIT and cargo exemptions in ACI.
Flying Truck is a Canadian Shipment Type for goods to clear through CBSA and ACI eManifest. It allows for the release of shipments arriving at the border by highway carrier that were originally supposed to arrive by air and have been already been declared on an ACI eManifest for the air mode of transportation. Because the cargo has already been reported in ACI by the air carrier, it is afforded special processing under Flying Truck when it arrives by highway carrier. 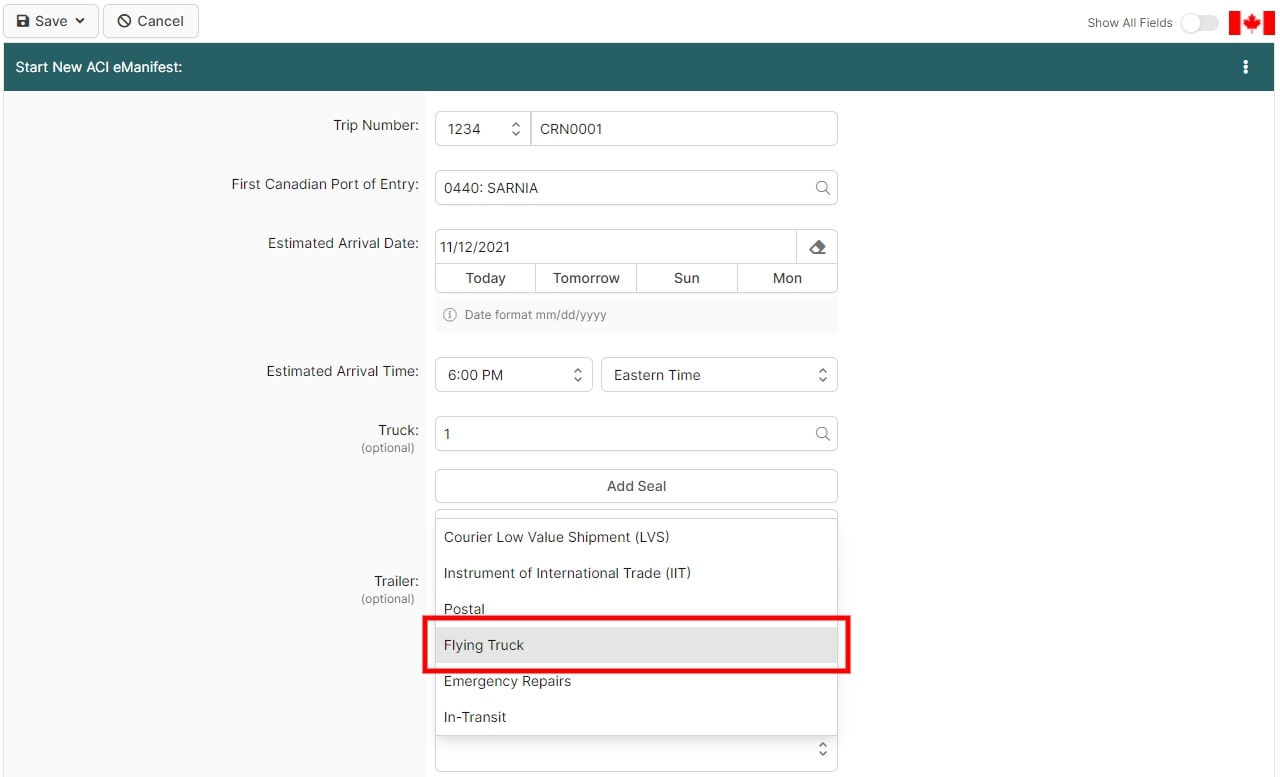 If a Flying Truck Shipment is the only thing being transported, the carrier can transmit the ACI eManifest with only the trip (conveyance) portion, and no ACI Shipments attached. Otherwise, the other shipments can be added and the manifest can be transmitted normally.

In addition to including the Flying Truck exception code on the ACI eManifest, the driver is required to present the air carrier's paper documents, including air waybill completed with the air carrier's cargo control number, to the officer when arriving at the border. The shipment must then be delivered to a sufferance warehouse license to receive air cargo. [3]