PAPS Barcode as printed from borderprint.com
PAPS (Pre-Arrival Processing System) is a U.S. Shipment Type for goods to clear through CBP and in ACE Manifest. It is the default shipment type for commercial goods entering the United States by truck. That is, any goods transported to the United States by a highway carrier must clear under PAPS unless they qualify for another shipment type or other exemption.

PAPS was designed to expedite the release of commercial shipments while still processing each shipment through CBP's automated risking systems.

PAPS depends on the use of PAPS Numbers, a type of Shipment Control Number which the carrier assigns to a shipment requiring pre-arrival clearance. PAPS numbers cannot be reused for at least 3 years. Often the carrier will have PAPS Stickers printed in sequence in order to physically ensure that any given number cannot be reused by mistake. A PAPS Number must begin with the carrier's SCAC, and be followed by at least 4 characters (letters or numbers.)[1] 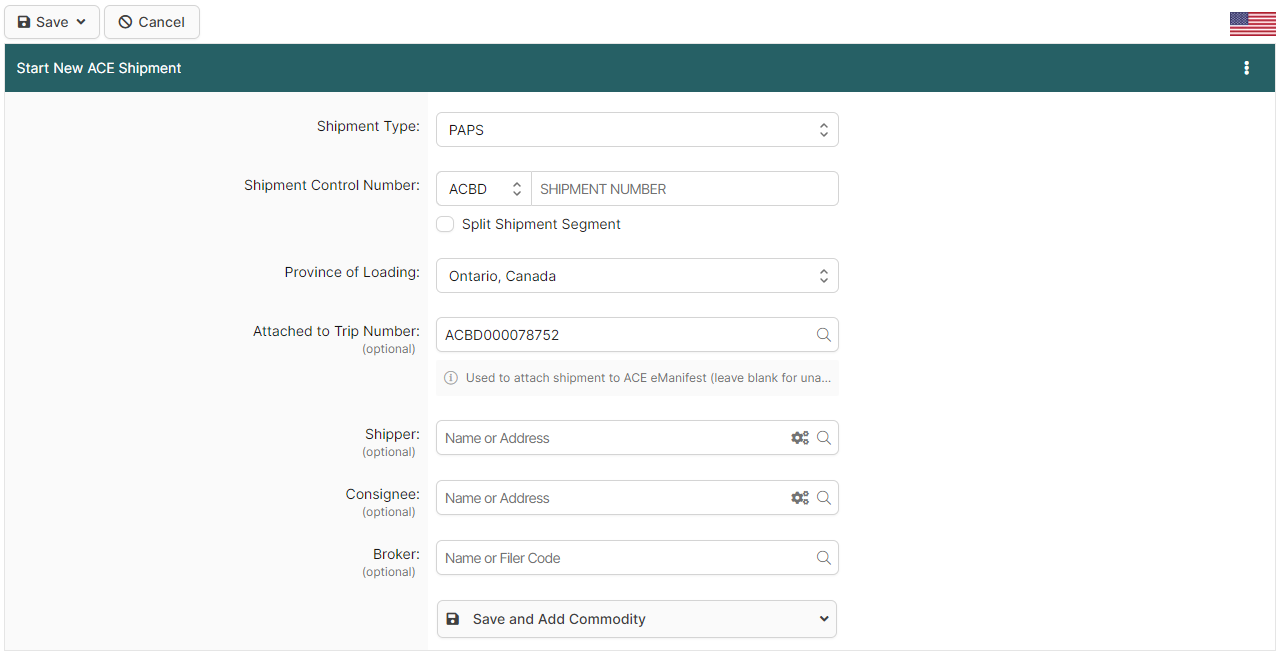 When entering a PAPS shipment in ACE, the carrier should take special care to make sure that the PAPS Number entered exactly matches the PAPS Number provided to the Customs Broker. Failure to do so can result in delays at the border. In addition to being reported on the eManifest, each PAPS declaration must be accompanied formal entry filed a Customs Broker. The carrier must ensure that the Customs Broker has cleared the PAPS prior to the driver's arrival at the border. This can be verified directly on the carrier's eManifest, the broker's entry numbers will be displayed there for the carrier.