This article is part of the BorderConnect Shipment Type Guide.
How to create an IIT and cargo exemptions in ACI.
A Postal Shipment is a Canadian Shipment Type for goods to clear through the Canada Border Services Agency and as an exemption in an ACI eManifest. It allows for the release of mail moving via a contract carrier from a foreign postal service to Canada Post.[1]

To qualify the shipment must be moving directly from the foreign postal service, e.g. US Postal Service, to Canada Post, and must consist only of letter class mail or correspondence. Merchandise would require a formal or informal entry and would clear under other shipment types.

Loads consisting entirely of mail are exempt from ACI eManifest reporting requirements,[1] however carriers do have the option of preparing a manifest for them anyway. Mixed loads consisting of mail and other shipment types, e.g. PARS, must have the postal shipment reported on the manifest. 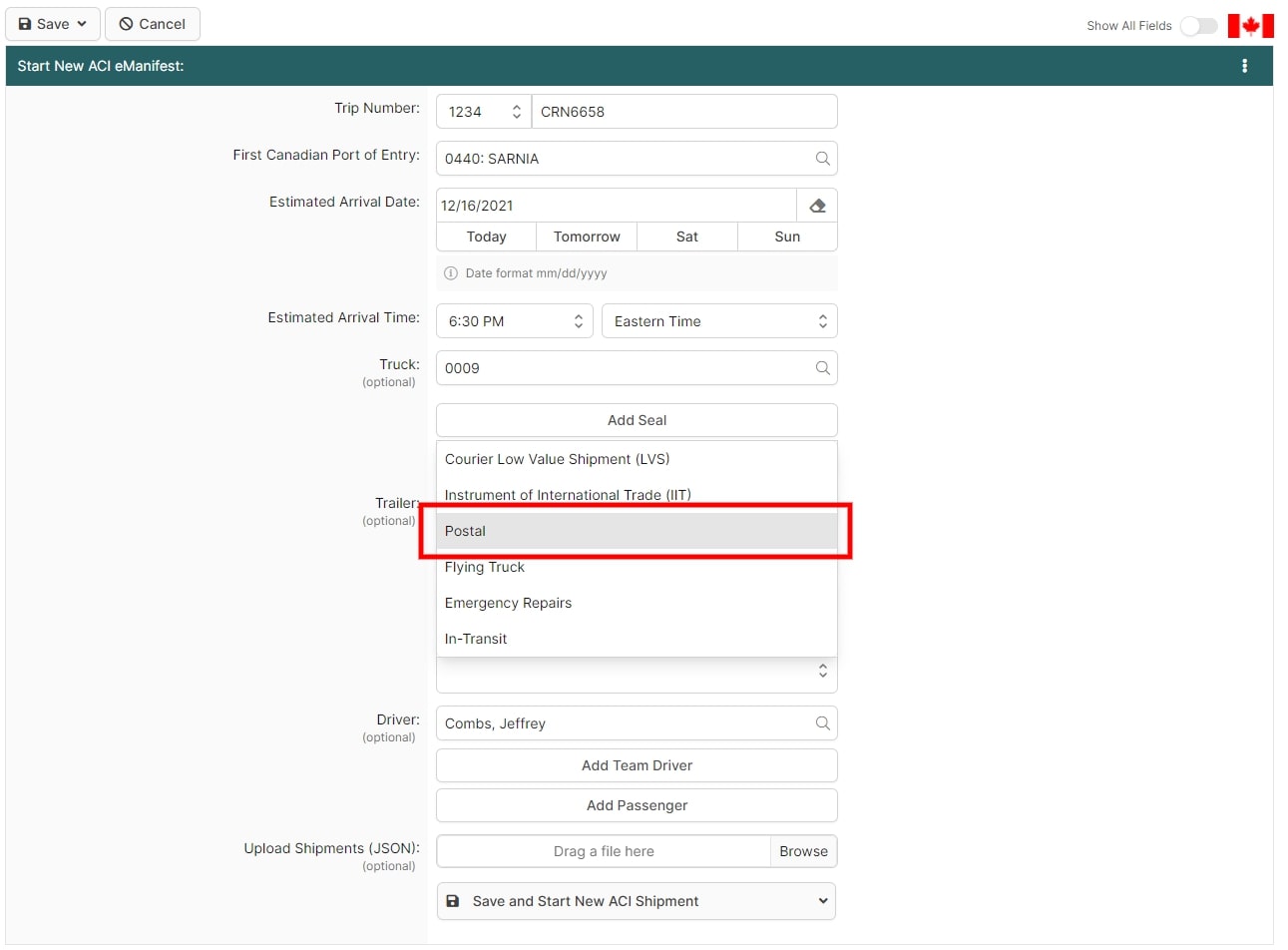 If the postal shipment is the only thing being transported, the carrier can transmit the ACI eManifest with only the trip (conveyance) portion, and no ACI Shipments attached. Otherwise, the other shipments can be added and the manifest can be transmitted normally.