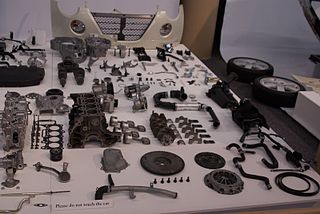 Automotive Parts
How to create an A49 Automotive Release in BorderConnect.

An A49 Automotive Release is a Canadian Shipment Type for goods to clear through CBSA. It allows for the release of production and service automotive goods arriving via highway and destined to Chrysler Canada Ltd, Ford Motor Company of Canada Limited and General Motors of Canada Limited. Good other than automotive goods used in production and service, e.g. office supplies, would not qualify for release under A49 even if destined to the above auto manufacturers.

A49 is primarily used as an alternative to the CSA Clearance Process to allow for carriers or drivers who are not CSA/FAST-approved to quickly transport automotive goods across the border.

Declaring an A49 Shipment in ACI eManifest

A49 shipments are required to be reported on an ACI eManifest. [1] To report an A49 shipment the carrier will need to create an ACI Shipment designated as non-CSA (or "A49 Automotive Release" if using BorderConnect's ACI eManifest software), and ensure that the shipment is transmitted as part of their ACI eManifest.

Although an A49 shipment is different from a PARS shipment, the carrier will still need to provide a unique Cargo Control Number, as well as all other information normally required for an ACI Shipment include shipper, consignee and commodity information.

At the border, the driver must also present the completed A49 for the shipment. The A49 will need to have the cargo control number clearly indicated in field 8 or in the body of the form.