This article is about the Canadian Shipment Type. For the U.S. Shipment Type, see Instruments of International Traffic.

To qualify as IIT the goods must not be entering Canada for reason of sale, and must be covered under an Ottawa file or container bank. If the IITs are owned by a party outside of Canada, they must be entering Canada for the purpose of picking up goods for export, and must themselves be exported from Canada within 30 days. Although carriers may be familiar with IITs, the determination of whether goods qualify as Instruments of International Trade is the responsibility of the importer or their broker, as the shipper or importer is usually the owner of the goods.[1][2]

Instruments of International Trade are required to be reported on an ACI eManifest. To report an IIT shipment the carrier will need to set the IIT exception code on either the truck, trailer or container, depending on where the IITs are loaded. This tells Customs that there are IITs aboard. The carrier will not create an ACI Shipment to report the IITs, they must be reported using the exception code only.[2] The example below shows how to report Instruments of International Trade using BorderConnect's ACI eManifest software. 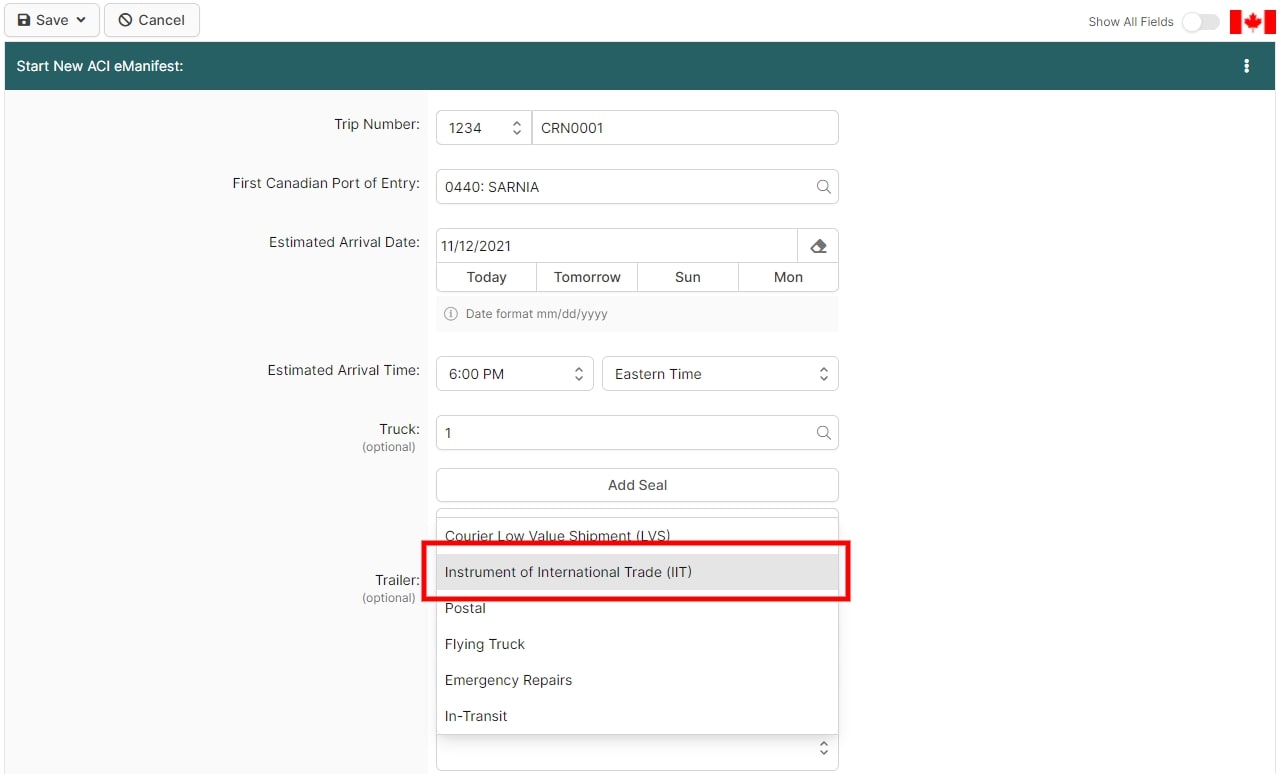 If Instruments of International Trade are the only thing being transported, the carrier can transmit the ACI eManifest with only the trip (conveyance) portion, and no ACI Shipments attached. Otherwise, the other shipments can be added and the manifest can be transmitted normally.

In addition to including the IIT exception code on the ACI eManifest, the driver is required to verbally report the IITs to the officer when arriving at the border. The driver may also be asked to supply the file number covering the IITs, which should be available from the importer if the goods are eligible to be declared as IIT.