This article is about the U.S. Shipment Type. For the Canadian Shipment Type, see Instruments of International Trade.

In order to qualify as Instruments of International Traffic, the goods must be suitable for repeated use, must either arrive containing merchandise or arrive empty to be filled with merchandise to be exported to a foreign country, and must be covered under a continuous bond filed by either the importer or the carrier on Customs Form 301.[1][2]

Goods entering as Instruments of International Traffic are free of duty and tax.

Instruments of International Traffic are required to be reported on an ACE eManifest. To report an IIT shipment the carrier will need to set the IIT status on either the truck or trailer, depending on where the IITs are loaded. This tells Customs there are IITs aboard. The carrier will not create an ACE shipment to report the IITs, they must be reported using the IIT status only.[3] The example below shows how to report IIT shipments using BorderConnect's ACE eManifest software. 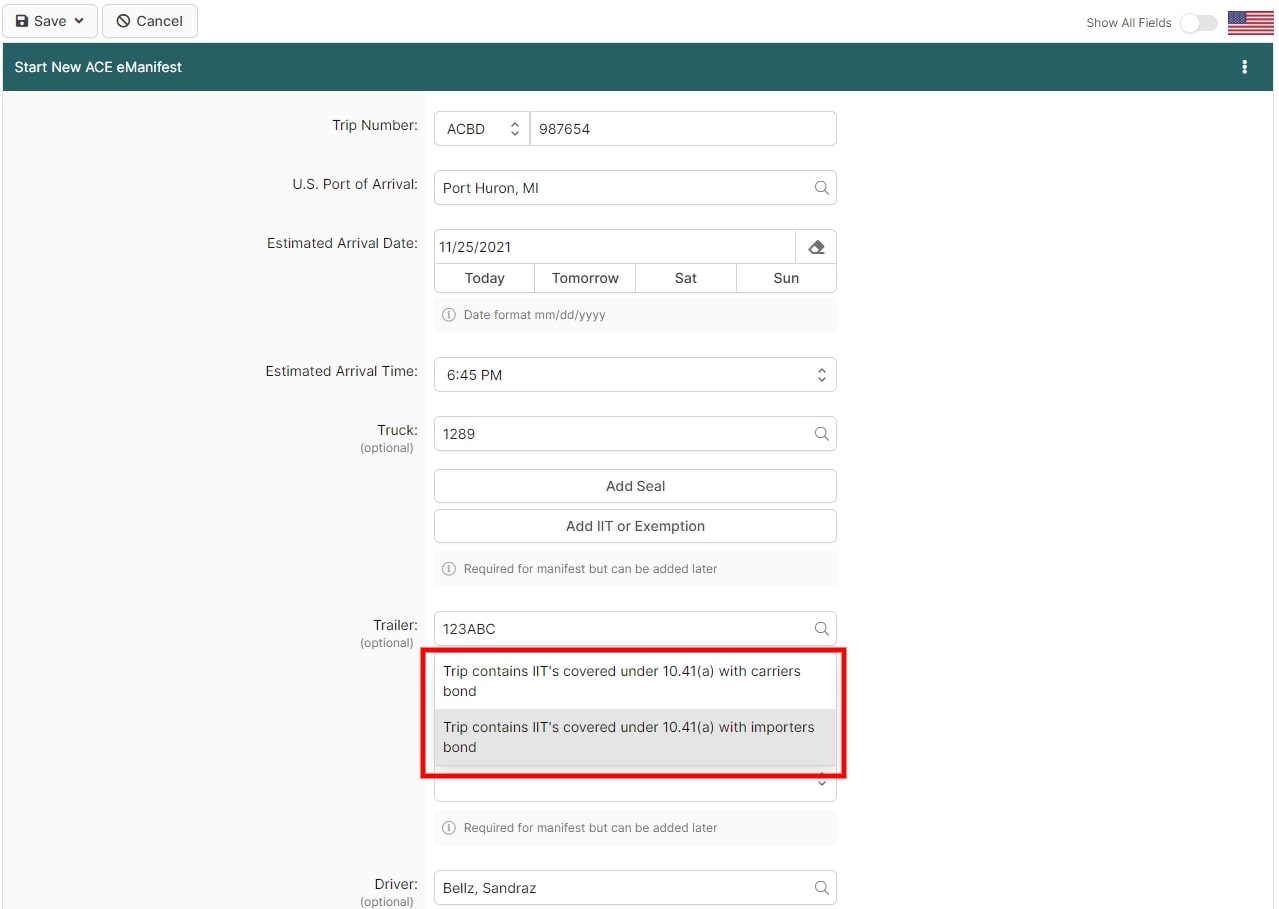 At the border, the Customs officer will not typically require any additional paperwork to process the IIT shipment, although the driver may be asked to provide bills of lading or the IIT bond number at the officer's discretion.