To get started with the status query feature, select the option 'Send New Status Query' from the 'PARS Shipments' menu.

You will now be brought to a screen where you can enter the cargo control number that you want to get the status for. You will want to take care to enter the full number exactly as it appears on the PARS sticker or other document, with no spaces or special characters. Once you have the cargo control number entered, you can simply click the 'Send Status Query Request to CBSA' button.

This will bring you to the Status Query Search Page. This page allows you to see what's going on with all of your recent status queries, and can also be used to look up past status queries using the search feature.

The status query that you just sent will be listed as the first result, and it will say "Status Query Request transmitted with no response." It generally takes about 10-15 minutes for CBSA to respond to a status query, so you may want to leave the page to do something else and return to it later. When leave the page you can return to it at any time by selecting 'Status Query Search' under the 'PARS Shipments' menu. 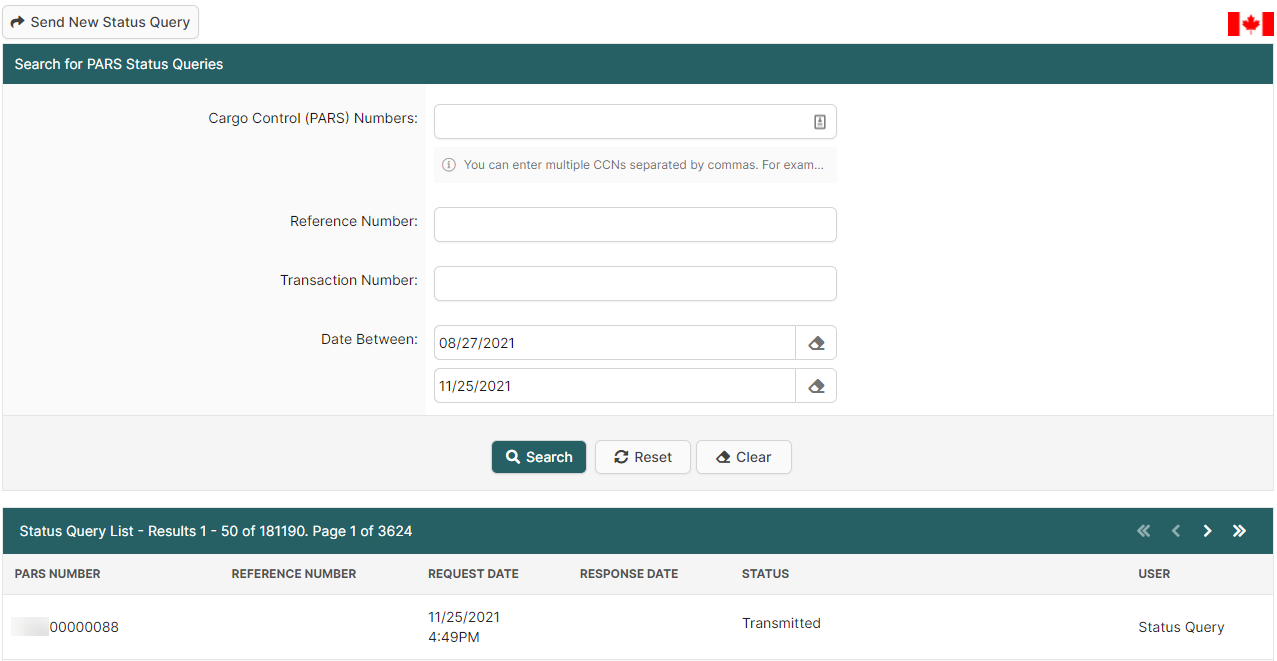 In the case of a not on file response, the shipment will be marked as purged if it was previously accepted. 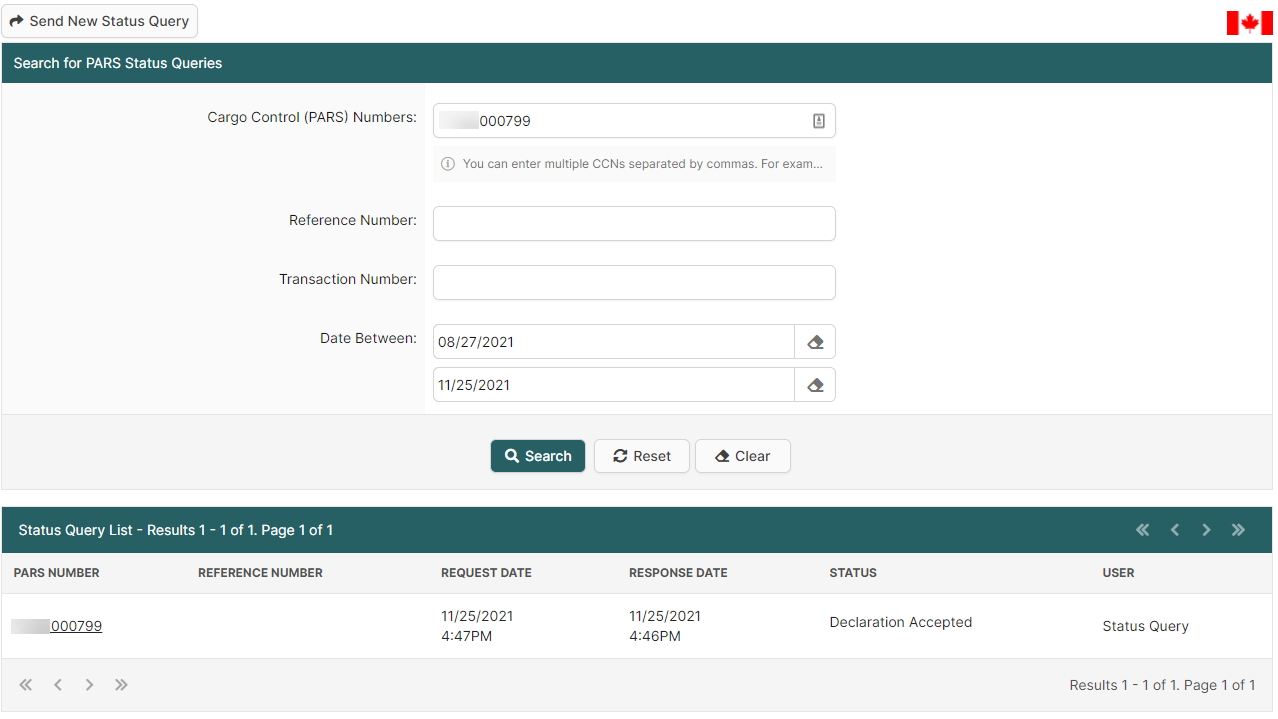 Other Ways of Sending a Status Query

1. When sending a status query for a shipment that was previously accepted, a convenient shortcut is to click the View link for that shipment where it is listed under your Accepted Shipments, and then use the Send Status Query button from there. This will fill in the cargo control number for you on the send new status query page, so that you only have to press the send button to send it off. 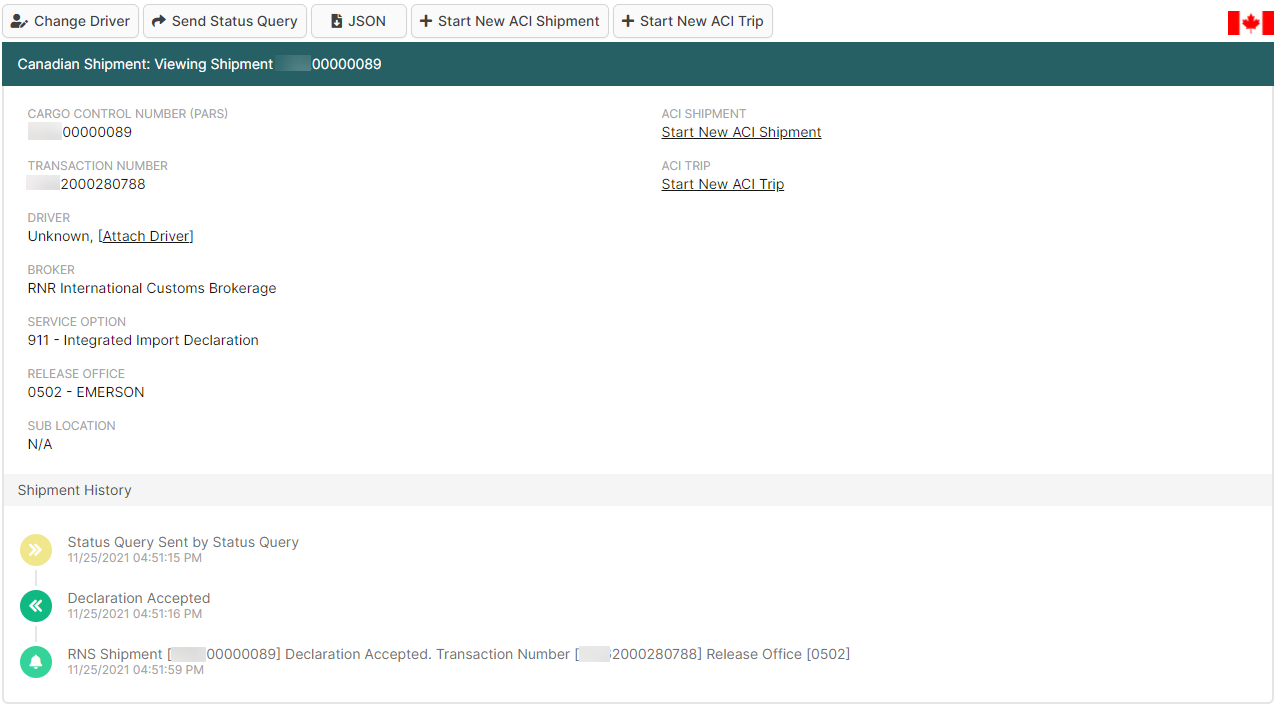 2. When preparing an ACI eManifest for another carrier's PARS, you can also send a status query from the ACI Shipment you are preparing. A 'Send Status Query' button will be located in the ACI Shipment Details Page for any ACI Shipment with a Carrier Code that is not part of your RNS (PARS Checking) profile. 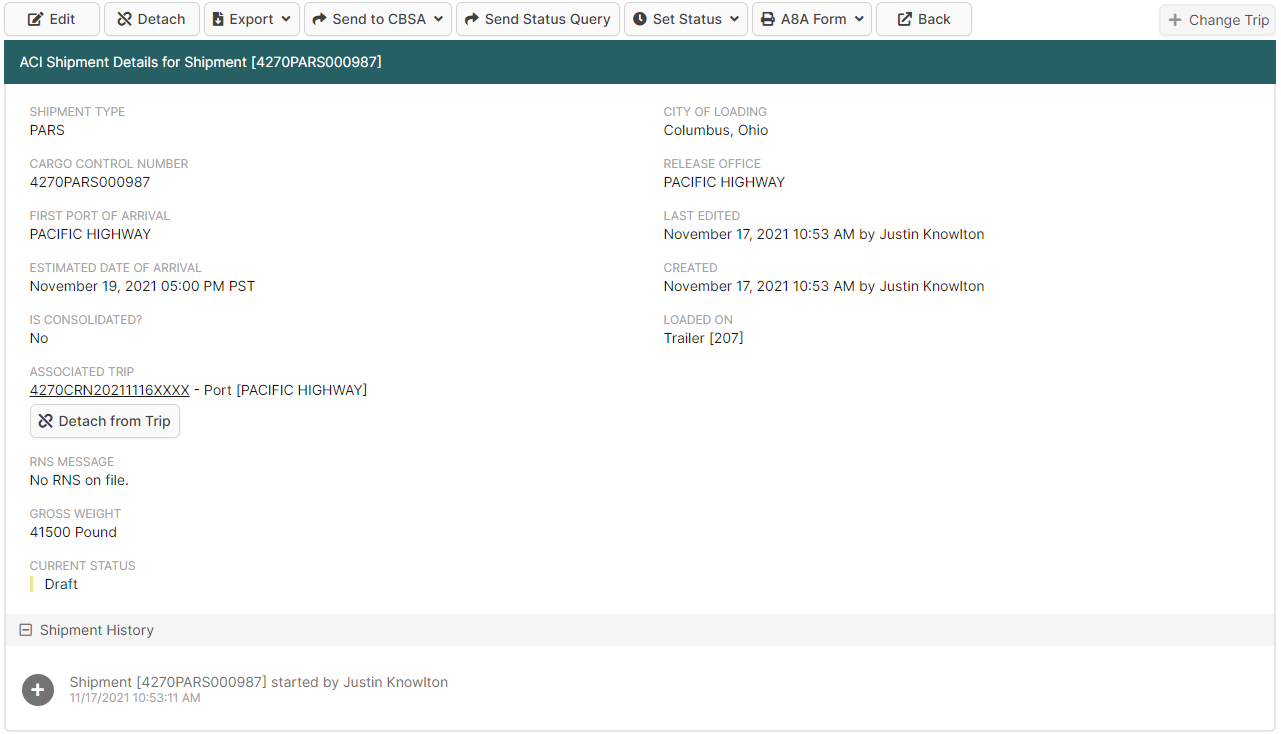